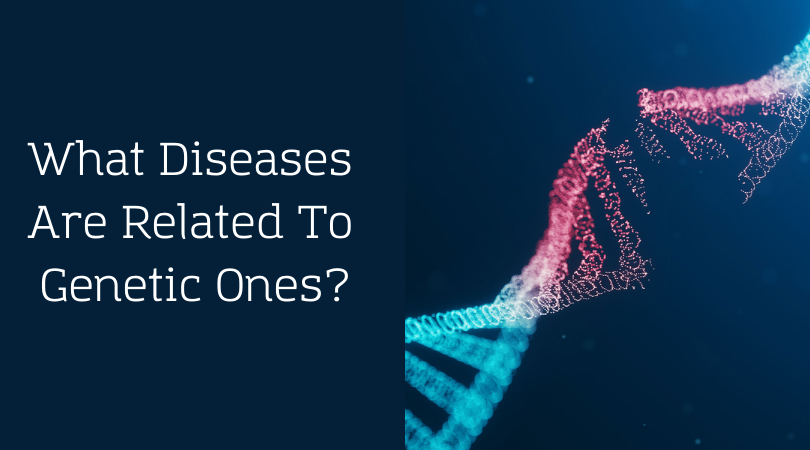 First you need to understand the terms. To begin with, genetic diseases and diseases to which a hereditary predisposition has been identified are different concepts.

Genetic diseases are caused by abnormalities in the structure of the genome (hence the other name – monogenic diseases). An example is galactosemia. In this disease, enzymes that convert milk sugar into glucose do not work well. The gene, “responsible” for the disease’s development, has already been identified. Moreover, it was found that if a child receives a “defective” gene from one of the parents, then the enzyme system works by about 50%, and if from both, then only 10%.

Diseases for which a person has hereditary predisposition

Predisposition depends not only on genetics, but also on environmental factors: where we live, how much we move, what we eat. For example, a person may have a tendency to atherosclerosis, but a healthy lifestyle and a balanced diet help him stay healthy. To understand the principle of transmission of hereditary diseases, one must remember what genes are.

Relatively speaking, this is a certain set of “memory cards”, on each of which certain data about the human body are “recorded”. Scientifically speaking, a gene is a fragment of our DNA. The set of genes (and their number reaches 25,000), which is a tightly coiled strand of DNA, is a chromosome. In total, a person has 23 pairs. This is all our genetic baggage, or in other words – the genome.

Each of the 23 chromosomes has its own pair. The information recorded in the structure of one chromosome is duplicated on the paired one. That is, any sign, be it eye color or a predisposition to cardiovascular disease, is encoded by two genes. They may be identical, but they may differ (such genes are called alleles). For example, one of the two genes that determine eye color can “encode” a gray tint, while the other is brown. Most likely, the carrier of such alleles will have brown eye color, since the gene carrying this information is dominant. The second gene (gray eye color) is weaker – recessive.

Now let’s look at the inheritance mechanism. While forming, the embryo receives half of the chromosomes from the mother and half from the father. That is why the child’s body does not copy any of the parents, but has its own individuality. The transfer of chromosomes, genes, and hence the transfer of information about hereditary diseases, is possible according to several schemes:

The most common genetic diseases include: