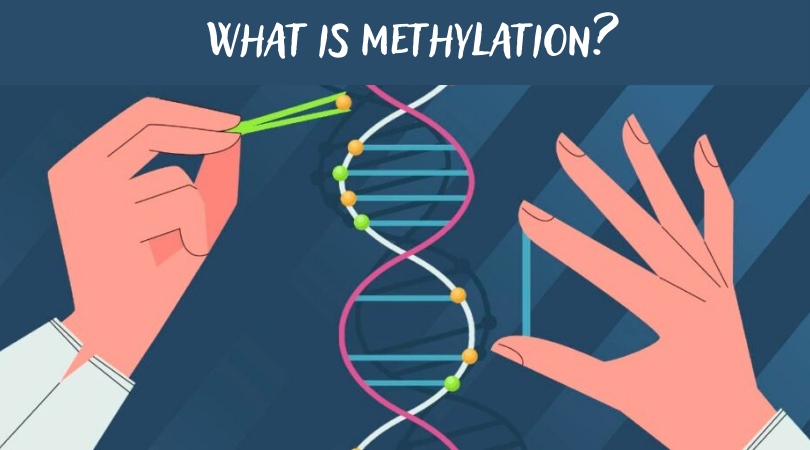 Methylation is a biochemical reaction for the attachment / detachment of the methyl group -CH3, which takes place in every cell of our body billions of times per second. For the optimal course of this process, a sufficient intake of amino acids (methionine), vitamins (B2, B6, B12, folates), minerals (zinc, iron), as well as choline and betaine is necessary. Genetic factors and oxidative stressors can also affect performance.

In what biochemical processes does the methylation reaction take place?

In addition, elevated levels of toxic homocysteine have a negative effect on the vascular wall:

DNA methylation is one of the mechanisms for regulating gene expression.

During DNA methylation, the methyl group CH3- by special enzymes is attached to one of the bases of DNA, cytosine. As a result, 5-methylcytosine is formed, and gene expression changes.

DNA methylation is a dynamic process. It can change under the influence of external factors, is associated with the development of a number of pathologies, and in some cases it can be inherited by the next several generations. Methylation plays a key role in development and aging. With age, changes in methylation patterns are observed: some regions of the genome are demethylated, and the reverse process also occurs – hypermethylation of some promoter regions, including certain tumor suppressor genes, which is associated with the development of pathologies.

Methylation changes play one of the key roles in aging, and in addition, they can be used as a molecular clock to determine biological age, which correlates with the passport age, but not absolutely.